Tractor-trailers, also called 18-wheelers and big rigs, are frequently involved in accidents. And an accident with a large truck often results in serious injuries or death. Due to the nature of the business, trucks are on the road for longer hours than other vehicles. During the consumer-driven holiday season, they often clock more hours than normal. All motor vehicle accidents can be deadly, but those involving large trucks are typically more serious due to their massive size and weight. To avoid being involved in a deadly accident with a large truck, learn about the most common causes of tractor-trailer accidents. Contact a Boston personal injury lawyer today if you’ve been injured in a trucking accident.

END_OF_DOCUMENT_TOKEN_TO_BE_REPLACED

The East Street Bridge in Westwood, Massachusetts has a long history of causing problems for trucks that exceed the height limit posted at the entrance of the bridge. Despite this warning, many individuals have attempted to pass under the bridge anyway—but a majority of those vehicles do not emerge unscathed. The latest victim of this low bridge was a box truck that had its roof scraped off while the driver attempted to pass underneath the bridge despite the various warnings. This incident took place on Thursday, and residents in the surrounding area are not surprised at the latest development.

Westwood Police Officers received a call at approximately 3:00 PM Thursday reporting that a box truck delivering food was traveling toward Route 128 when they struck the East Street Bridge—sheering off the roof of the vehicle. Refrigerator insulation spilled from the truck following the collision and the road subsequently became littered with debris. Local residents say that this is just the latest in a series of events where they have seen a wide range of items spilled across the road following crashes underneath the bridge. Anything from Twinkies to ice cream and now to refrigerator insulation could be found covering the street after a collision. Approximately $40,000 has been spent to provide signs and warnings around the bridge to inform drivers of its 10 foot 6 inch height clearance. The warnings are often disregarded, and Westwood residents and law enforcement officials are left to deal with the aftermath.

On Thursday afternoon, resident Scott Charland said he heard the impact of the crash and was concerned for the safety and well-being of those who may have been involved. Reports have not indicated that anyone was injured in the crash which is a welcomed relief for those who have had to witness so many accidents in the past few years. According to reports, there were 15 crashes at the bridge site in 2014 alone. The East Bridge is operated by the MBTA, as their commuter rail line passes over it. The MBTA also had an incident with one of their buses causing an accident at the same site a few years prior. Efforts have been taken in order to prevent any further damages from arising, but so far it seems as though those efforts have been in vain.

END_OF_DOCUMENT_TOKEN_TO_BE_REPLACED

A jury has awarded a 40-year-old woman $32.5 million for injuries she sustained in a 2006 truck crash. Kristen Zak, then 31, sustained a traumatic brain injury and developed partial paralysis after the car she was a passenger in slid on any icy patch of road and into a median. There it collided with a transport truck that had crashed into the median just an hour before.

According to the plaintiff’s truck crash attorneys, trucker Terry Brown Jr. had been going too fast and did not follow safety regulations, which required him to put out reflective triangles and turn on the disabled truck’s flashing lights. The jury found Brown and J.B. Hunt Transport 30% liable for Zak’s injuries. Matt Robison, who was driving the car she had been riding when the accident happened, was found 40% liable.

After the truck crash, Zak, who now also suffers from serious cognitive deficits, was left wheelchair-bound and unable to take care of her young daughter or recognize the man who was fiancé.

END_OF_DOCUMENT_TOKEN_TO_BE_REPLACED

Witnesses said the driver of the 18-wheeler pulled to the side of Millbury Street to let a fire truck pass, then entered Kelley Square and attempted a right-hand turn toward I-290’s on-ramp. According to a preliminary investigation, the truck apparently cut the turn too sharply resulting in a collision with a light pole. The two pedestrians involved in the accident were standing by the light pole at the time of the collision. Upon impact, the pole began to fall, forcing the pedestrians to run in the direction of the truck to avoid being struck by the falling pole.

END_OF_DOCUMENT_TOKEN_TO_BE_REPLACED

The family of Elizabeth Peralta-Luna is suing truck driver Zachary Barngrover and his employer Monson and Sons Inc. for wrongful death. Peralta-Luna, 30, and her two young children, ages 4 and 9, were killed last month in a semi-truck crash.

The three of them were crossing an intersection when they were hit by the truck, driven by Barngrover. The pedestrian accident case contends that the truck driver did not keep a proper lookout, did not yield the right of way to the pedestrians, and he was using a cell phone while operating the large vehicle. Police cited Barngrover for not yielding to the pedestrian, who were walking in a crosswalk, and turning left improperly.

Distracted driving is dangerous driving regardless of the size of one’s vehicle. That said, truck accidents often lead to catastrophic injuries and deaths, which makes driving one while talking on the cell phone or texting even more of an injury and crash risk. The Federal Motor Carrier Safety Administration banned bus drivers and commercial truckers from texting while operating a vehicle in 2010. The following year they banned commercial drivers from using hand-held cell phones at all.

END_OF_DOCUMENT_TOKEN_TO_BE_REPLACED

A 68-year-old woman was killed on Wednesday after she was struck in a Boston-tractor trailer crash. She was transported to Massachusetts General Hospital where she died from her injuries.

No charges were filed against the 38-year-old Saugus truck driver. Witnesses say that the woman appears to have been crossing against the light. The investigation, however, is still open.

END_OF_DOCUMENT_TOKEN_TO_BE_REPLACED

If you or someone you love was seriously injured in a Massachusetts motor vehicle crash please contact our Boston car accident law firm right away. Unfortunately, serious collisions can happen during the holiday season. You want to speak with an experienced attorney to explore your legal options.

On Christmas Eve, one man died in an East Boston pedestrian accident when he was hit by a truck. No criminal charges have been filed against the driver. The pedestrian was in his sixties.

On Monday, a Charlton multi-vehicle crash on the Massachusetts Turnpike seriously injured one person and killed another. The collision happened in heavy traffic when two cars and a tractor-trailer collided. Another tractor-trailer then hit one of the cars, a 2011 Toyota Camry. The driver of the car was ejected from the vehicle. He was pronounced dead but was later revived with critical injuries. His wife, a 64-year-old woman, died.

END_OF_DOCUMENT_TOKEN_TO_BE_REPLACED

The National Highway Traffic Safety Administration is reporting a decline in both the number of Massachusetts motor vehicle crash fatalities as well as how many occurred in total in the U.S. According to the figures for 2013, there were 326 traffic deaths in the state last year, which is a decline from the 383 fatalities in 2012. Alcohol was a factor in 118 of the Massachusetts traffic deaths in 2013.

Nationally, the country lost 32,719 people in roadway crashes in 2013. This is also a decrease from the 33,782 traffic deaths from the year previous.

Overall, between 2012 and 2013, the U.S. saw a reduction in deaths and injuries of truck occupants, passenger car occupants, pedestrians, and young drivers, as well as in accidents where alcohol was a factor.

END_OF_DOCUMENT_TOKEN_TO_BE_REPLACED

An inspection report by the Maine State Police found that the truck and trailer that caused a fatal accident on Interstate 93 last week had violated safety codes and should have been taken out of service.

Part of the wheel assembly detached from a trailer hauling a modular home traveling southbound in Hooksett, New Hampshire on September 18. According to police, a wheel flew off the trailer, struck a northbound police cruiser, and bounced back into the southbound lane, subsequently striking another car, and killing the driver. The trailer, which belongs to Crawford Homes, Inc. which manufactures modular homes, violated numerous safety protocols.

In the report, State Police found that the trailer’s brakes were “inadequate” for safe stopping, as they were contaminated with grease and oil. In addition, the brake hose on one of the truck’s axels had deteriorated and was scraping against another piece of the truck. State Police reports also showed an issue with the service brake, in that when applied, there was significant air loss from the canister. Finally, the trailer’s remaining wheels had improper emergency braking. Safety records from the Federal Motor Carrier Safety Administration indicate that prior to this incident neither the company’s trucks nor drivers had been involved in an accident in two years. 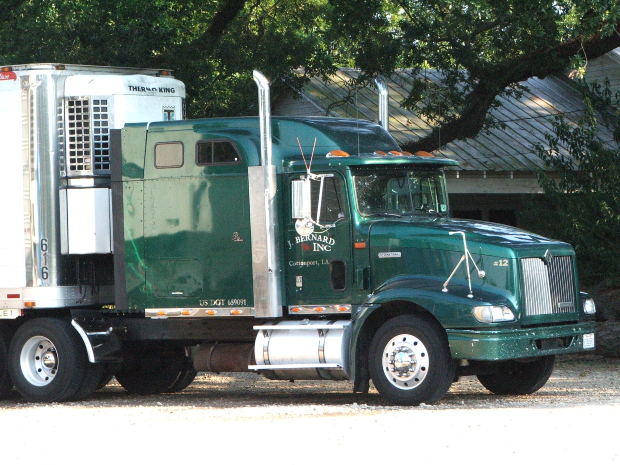 Trucking companies have a lot at stake, as injuries from these types of accidents often tend to be serious or fatal, as, unfortunately was illustrated in the accident last week. Subsequent to any accident, trucking companies may hire a team of investigators in order to mitigate the liability as well as the legal costs associated with the accident. After an accident occurs, it is imperative for the victim and the victim’s family to seek legal counsel with an experienced attorney. Some of the major causes of these types of accidents include driver fatigue, equipment failure, negligent maintenance, overload or improper loading of truck, driver inattention, non-compliance with federal regulations, and speeding. While it is still under investigation, negligent maintenance and equipment failure seem to be the two most prominent factors in what caused last week’s fatal accident.
END_OF_DOCUMENT_TOKEN_TO_BE_REPLACED

Two women were hurt when the vehicle they were in crashed and became lodged under a tanker truck on the Mass Pike in Framingham, MA.

The accident occurred when a 2011 Honda Pilot traveling in the left lane drifted into the breakdown lane, struck a guard rail, swung back across the road and hit the side of a 2006 Western Star Tanker Trailer, said Trooper Thomas McCarthy in his report. This caused the tanker to jackknife and block all three lanes. A third vehicle, a 2013 Honda CRV carrying Lisa Nguyen, 32, of Malden, and Trang Pham, 39, of Everett, crashed and became stuck under the tanker.

Framingham EMS brought Pham and Nguyen to Leonard Morse Hospital for treatment of minor injuries. The driver of the tanker was not injured and the operator of the Honda Pilot sustained non-life-threatening injuries.

The accident resulted in the closure of all traffic lanes for an hour during the rescue operation, investigation, and clean-up, backing up traffic for about five miles.

Multiple people contacted the State Police Barracks in Weston about the crash on Route 90 Westbound at the 115 mile marker in Framingham. State police, and Framingham and Natick Fire and EMS all responded to the crash.

Troop E of the Massachusetts State Police and the State Police Commercial Vehicle Enforcement Section are investigating the accident.
END_OF_DOCUMENT_TOKEN_TO_BE_REPLACED