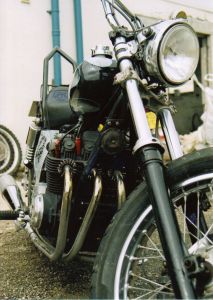 Not only does New Hampshire have more registered motorcycles on the roads today, but also more fatalities, the Eagle Tribune reported.

The fatality rate has also risen. NH saw 28 motorcycle-related deaths last year, which is double the number of deaths in 2011. The state had its first fatality of 2013 last weekend in Manchester.

According to NH State Police Sargent Matt Shapiro, motorcycle accidents account for more than one quarter of vehicle-related deaths. This statistic is steadily approaching 30 percent as the amount of bikers on the road continues to rise. Shapiro attributed last year’s numbers to the warm weather and good riding season, and added that early season accidents may be a combination of riders being “rusty” after months of not riding as well as the amount of sand and debris left on the roadways after the winter.

Aside from roadway conditions, Shapiro said the poor visibility of motorcycles, actions of other drivers, level of rider experience and speed all factor into the number of roadway accidents. NH’s helmet law is also an issue. Unlike Massachusetts and many other states, New Hampshire does not require riders to wear helmets. Though Shapiro added that helmets can’t prevent death in all cases, they are very effective and should be worn by every rider.

Whether you’re on a motorcycle or driving in your car, remember to always be alert and aware of your surroundings. Always remember to look twice for motorcycles if you’re in a car, especially when making a turn or switching lanes. When you’re riding a motorcycle, always wear a helmet, no matter what distance you’re traveling. Wear bright or neon colors to increase your visibility to other drivers, and pay attention to the conditions of the road.